Tenchi Meets Misaki in the Future: OAV 3 Episode 6 Extra Scene
by MU and Quon, based on translated materials from KAJISHIMA Masaki

Back in 2005, MU and his lovely partner Quon leaped to the front of Tenchi fandom. For a short time, Quon began translating materials, including doujinshi and MU gave it to us on his forum.  However, that ended all too quickly as the board closed one day without notice.  MU and Quon then disappeared without a trace and have not been heard from since (if they still participate with other Tenchi fans, it is under other names).  For a long time, it has been my intention to bring one of their works back to life for the benefit of all canon Tenchi fans now that their board has been dead for so long.  I’d love for them to still be active members of the Tenchi community, but regardless of their reasons for closing the board and leaving the scene, I wish them nothing but the best and thank them once again for their hard work.

Here’s the extra scene from episode 6 of OAV 3 that didn’t get animated. It appeared in the storyboard published in the “Omatsuri Zenjitsu no Yoru – Tenchi San-ki #6” doujinshi by Kajishima’s Kajishima Onsen circle.

The scene starts after Tenchi and the girl are removed from the planet she was on and Tenchi wants to ask her something. In the anime, they’re just blown apart at that point, not so in the original storyboard.

The translation is by Quon, but I’m posting it myself because she doesn’t know where I put the pics. I’m sure she’ll clean up my mess later if necessary ^_^ Her notes are interspersed in the tiny font.

There are also some notes by Kajishima and a pretty funny little omake at the bottom. 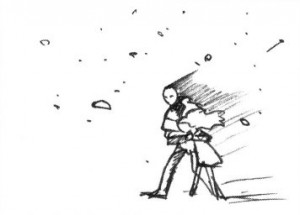 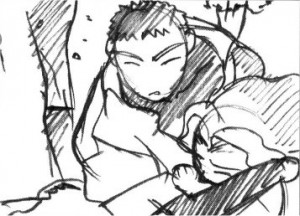 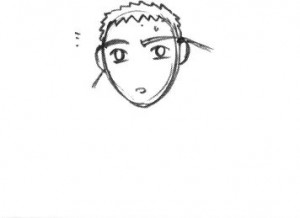 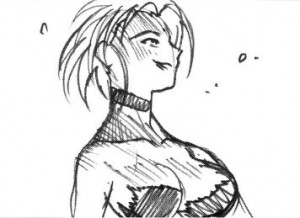 “Demo… ittai, nani ga okotterunda?”
“But… what the heck is going on?” 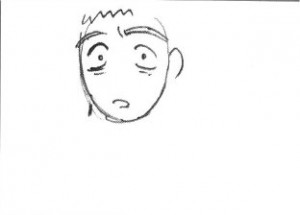 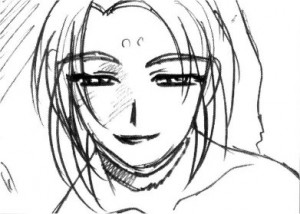 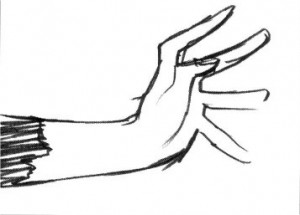 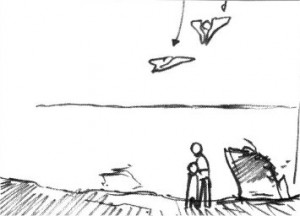 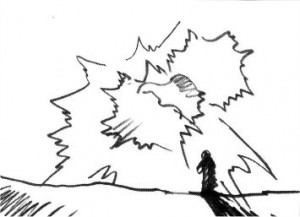 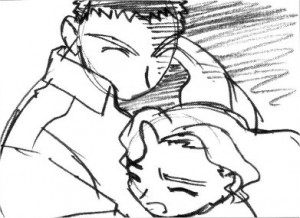 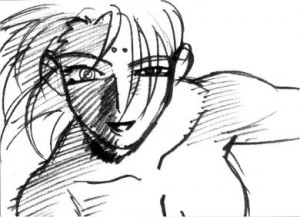 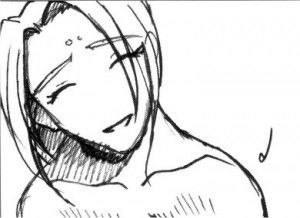 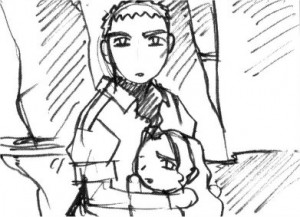 (That’s of course Misaki speaking, not Tenchi. It’s a bit difficult to convey the tone exactly, but I think “please” fits all these “nee” here and below pretty well. You can imagine the changes in her voice from her expression in the pictures.) 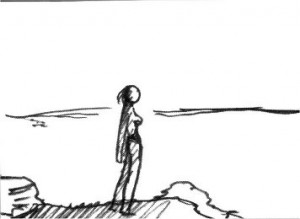 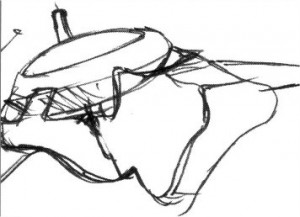 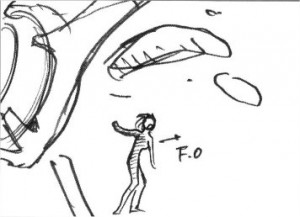 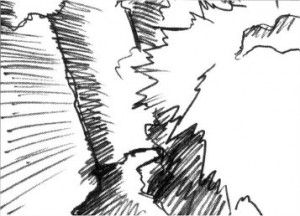 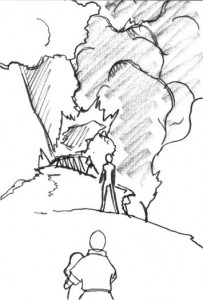 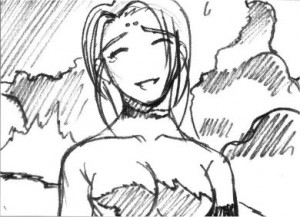 (It’s strange that she calls her husband “niisama” but she does.)

(ANB: I think it reflects her state of mind, which is very unstable.) 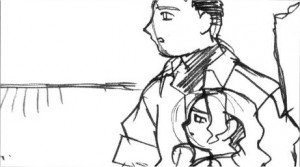 “Tasukete… Tasukete’tte… demo, Tenchi-chan nara dekiru wa”
“Help… right, “help”… but I’m sure you can do it, Tenchi-chan.”

(She literally just says “help… “help”…”, with the quotes inside her own speech. I think she’s a little cynical because no one has been able to do it. It could also be read as “”help… help””, so carrying over from the previous sentence that would be like “I keep saying “help, help”” which isn’t all that different. Without hearing the tone and the pauses this is the best I can do.) 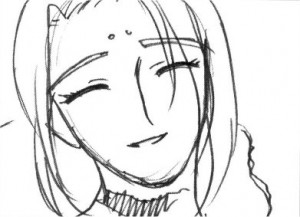 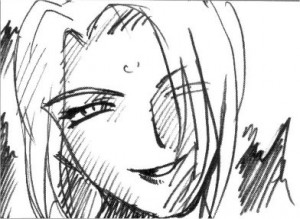 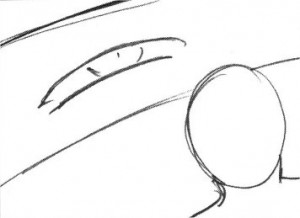 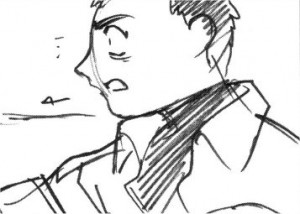 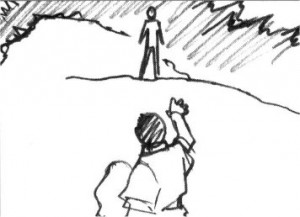 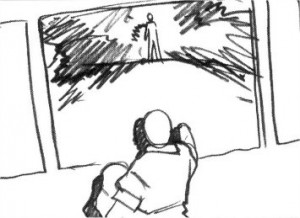 (And that’s it for the extra scene. After this Tenchi and the girl are separated just as they are in the episode and Tenchi blasts Z.)

Section 4: The Omake and Final Comments from Kajishima-sensei 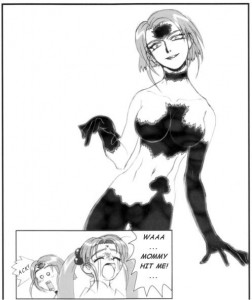 Misaki could not endure the pressure of the energy that was for various reasons contained within her, so she ended up going on a rampage through Jurai. To put a stop to it, Juraian fighters at first didn’t want to wound her mortally and just shot at her limbs. Since she was completely unperturbed by that and refused to stop, the Emperor of Jurai of that time (not Azusa) finally had enough and issued the order to eliminate her. So they struck and shot at places like her heart, head and neck, resulting in the Misaki in the illustration above. With the damaged parts of her body in a state of high-energy chaos, she could penetrate light-hawk wings and even cause damage to the Choushin. While we’re on the subject, she attacked Tokimi because she was neither a friend (like Washu) nor a daughter (like Tsunami). The assault on Tsunami was really just limited to forcing her back to the super-dimension.