Hey gang! As most probably know, in addition to this FAQ, I also review anime and manga. One of the series I’m watching for the Spring 2013 is Haiyore! Nyaruko-san W.  For those who are unaware, this (sequel) series is a harem one (of sorts) with Cthulhu aliens in the guise of teen girls (and a teen boy trap) living with a human boy named Mahiro. The series not only parodies the Cthulhu mythos, but also parodies a great deal of Japanese anime, manga, special effects shows, and even some Western stuff like Back to the Future or Cast Away (just to name a couple).  In addition to this new take on harem hijinks, the group often find themselves in some adventure or other, which are usually quite fun.

I watched episode 8 of the series the other day and was happy as can be because it paid such a big tribute to Tenchi Muyo! Ryo-ohki.  That’s because the series critter, a “shantak” (dragon-looking creature) named Shanta-kun gets transformed into a VERY cute, young, humanoid girl but still retains her cute, animal speak, much like Ryo-oki did in TM!R.  She has a crush on Mahiro, much the same as Ryo-ohki did on Tenchi. Shanta-kun loves carrots, like Ryo-ohki.  Shanta-kun has a spaceship connection, much the same as Ryo-ohki.  There are other parallels, but I’ll let you watch the episode, if you haven’t already done so, and make up your own mind.  You don’t need to have seen any other episode to appreciate the Tenchi parodies, nor the other parodies present in this episode. ^_^ 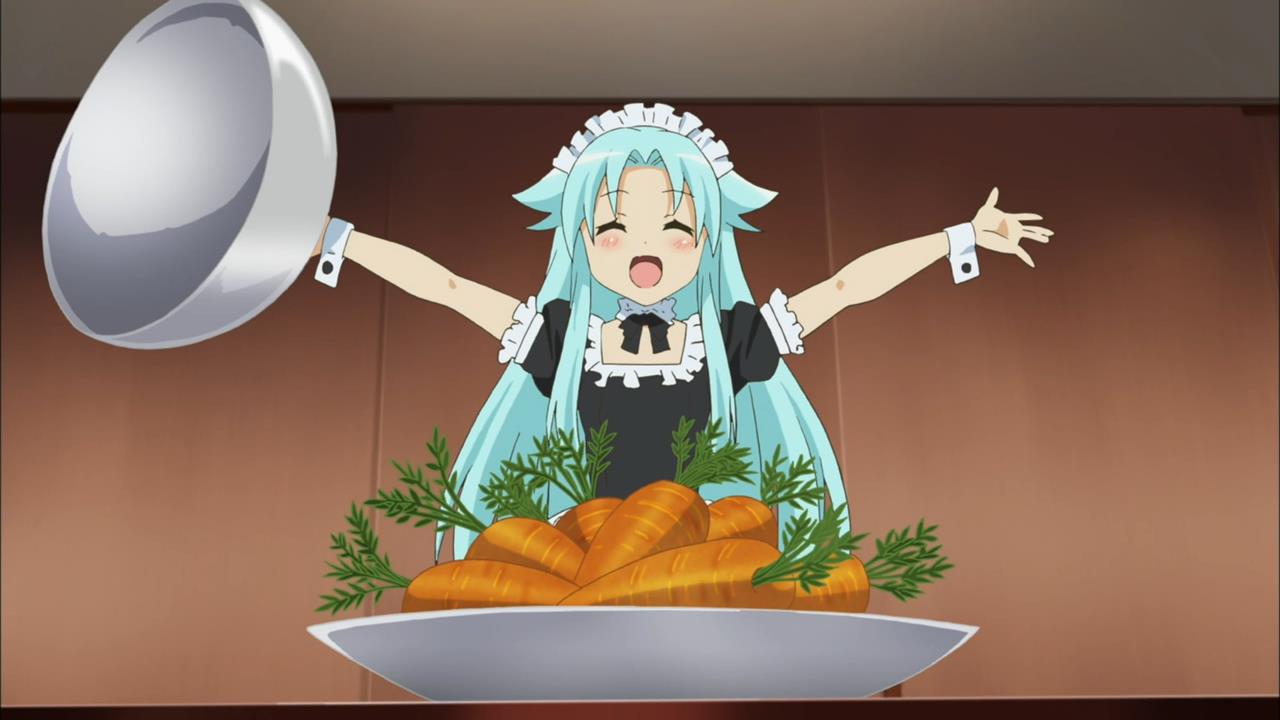 By the way, WAKAMOTO Norio, the voice of Kagato, has a cameo as the Dyson parody vacuum, Cyclone! ^_^ 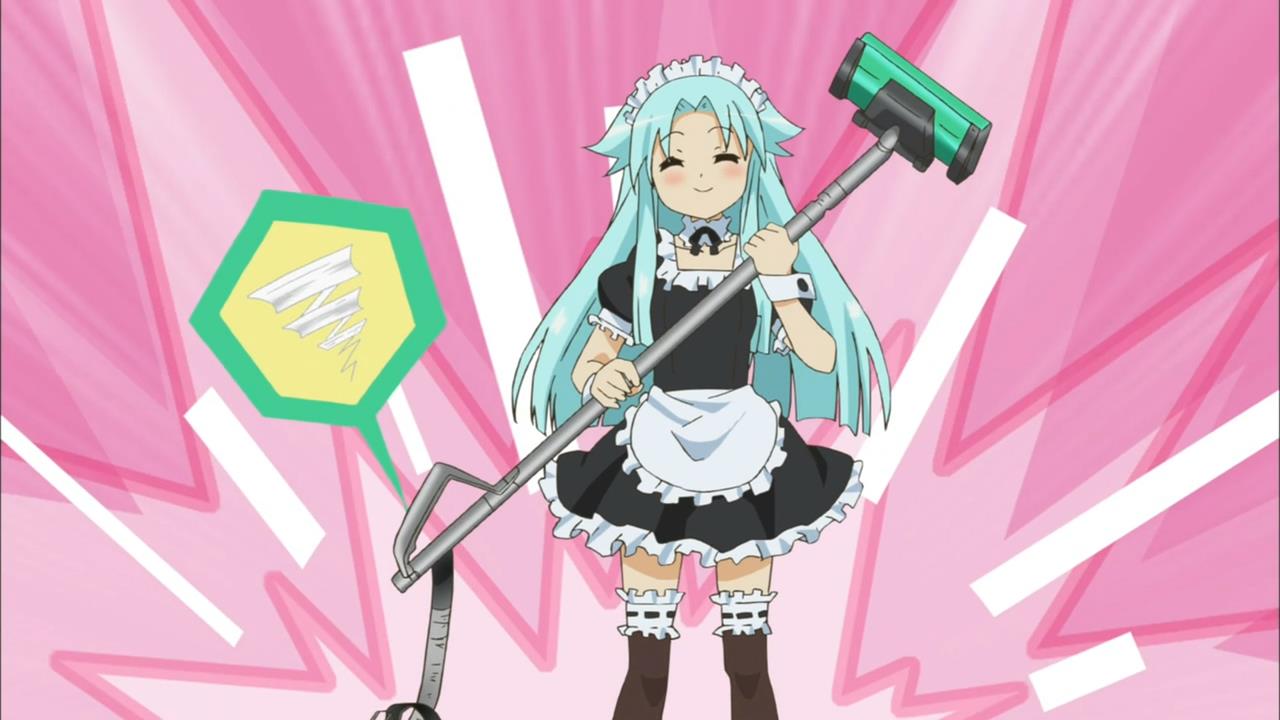 I have a spoiler summary as well as my complete thoughts over here on my anime & manga blog. Do check it out. ^_^