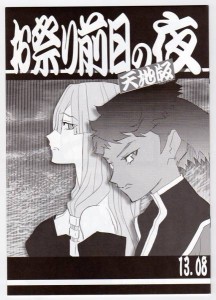 And here are some bonus Paradise War images sent to me by AM.